Yeast mannoproteins are proposed as a paraprobiotics with antimicrobial and prebiotic properties. They can be used as biopreservatives in food and in diseases therapies. The knowledge about the specificity and/or capability of their influence on the growth of different microorganism is limited. The study determined the effect of mannoprotein preparations of Saccharomyces cerevisiae (S. cerevisiae) ATCC 7090 and nonconventional yeast origin [Metschnikowia reukaufii (M. reukaufii) WLP 4650 and Wickerhamomyces anomalus (W. anomalus) CCY 38-1-13] on the growth of selected bacteria of the genera: Lactobacilllus, Limosilatobacillus, Limosilatobacillus, Bifidobacterium, Staphylococcus, Enterococcus, Pseudomonas, Escherichia, Proteus and Salmonella. The degree of stimulation or growth inhibition of tested bacteria depended on the type and dose of the mannoprotein and the bacterial strain. The addition of the tested preparations in the entire range of applied concentrations had a positive effect especially on the growth of Lactobacillus arabinosus ATCC 8014 and Bifidobacterium animalis subsp. lactis B12. Mannoproteins isolated from S. cerevisiae limited the growth of the Escherichia coli (E. coli) ATCC 25922, Pseudomonas aureoginosa (P. aureoginosa) ATCC 27853, Proteus mirabilis ATCC 35659 and Salmonella Enteritidis ATCC 13076 to the greatest extent, while preparations of M. reukaufii and W. anomalus origin most effectively limited the growth of Staphylococcus aureus strains, E. coli and P. aureoginosa. The growth of Enterococcus faecalis was stimulated by the presence of all studied preparations in most of the concentrations used. Further research will determine how the purification process of studied mannoproteins or oligosaccharide fractions, its structure and composition influence on the growth of selected bacteria and what is the mechanism of its activity.

Production of 3-hydroxypropionic acid (3-HP) in Pichia pastoris (syn. Komagataella phaffii) via the malonyl-CoA pathway has been recently demonstrated using glycerol as a carbon source, but the reported metrics were not commercially relevant. The flux through the heterologous pathway from malonyl-CoA to 3-HP was hypothesized as the main bottleneck. In the present study, different metabolic engineering approaches have been combined to improve the productivity of the original 3-HP producing strains. To do so, an additional copy of the gene encoding for the potential rate-limiting step of the pathway, i.e., the C-terminal domain of the malonyl-CoA reductase, was introduced. In addition, a variant of the endogenous acetyl-CoA carboxylase (ACC1S1132A) was overexpressed with the aim to increase the delivery of malonyl-CoA. Furthermore, the genes encoding for the pyruvate decarboxylase, aldehyde dehydrogenase and acetyl-CoA synthase, respectively, were overexpressed to enhance conversion of pyruvate into cytosolic acetyl-CoA, and the main gene responsible for the production of the by-product D-arabitol was deleted. Three different screening conditions were used to classify the performance of the different strains: 24-deep-well plates batch cultures, small-scale cultures in falcon tubes using FeedBeads® (i.e., slow release of glycerol over time), and mini bioreactor batch cultures. The best two strains from the FeedBeads® screening, PpHP8 and PpHP18, were tested in bioreactor fed-batch cultures using a pre-fixed exponentially increasing feeding rate. The strain PpHP18 produced up to 37.05 g L−1 of 3-HP at 0.712 g L−1 h−1 with a final product yield on glycerol of 0.194 Cmol−1 in fed-batch cultures. Remarkably, PpHP18 did not rank among the 2-top producer strains in small scale batch cultivations in deep-well plates and mini bioreactors, highlighting the importance of multiplexed screening conditions for adequate assessment of metabolic engineering strategies. These results represent a 50% increase in the product yield and final concentration, as well as over 30% increase in volumetric productivity compared to the previously obtained metrics for P. pastoris. Overall, the combination of glycerol as carbon source and a metabolically engineered P. pastoris strain resulted in the highest 3-HP concentration and productivity reported so far in yeast.

In industrial settings and processes, yeasts may face multiple adverse environmental conditions. These include exposure to non-optimal temperatures or pH, osmotic stress, and deleterious concentrations of diverse inhibitory compounds. These toxic chemicals may result from the desired accumulation of added-value bio-products, yeast metabolism, or be present or derive from the pre-treatment of feedstocks, as in lignocellulosic biomass hydrolysates. Adaptation and tolerance to industrially relevant stress factors involve highly complex and coordinated molecular mechanisms occurring in the yeast cell with repercussions on the performance and economy of bioprocesses, or on the microbiological stability and conservation of foods, beverages, and other goods. To sense, survive, and adapt to different stresses, yeasts rely on a network of signaling pathways to modulate the global transcriptional response and elicit coordinated changes in the cell. These pathways cooperate and tightly regulate the composition, organization and biophysical properties of the cell wall. The intricacy of the underlying regulatory networks reflects the major role of the cell wall as the first line of defense against a wide range of environmental stresses. However, the involvement of cell wall in the adaptation and tolerance of yeasts to multiple stresses of biotechnological relevance has not received the deserved attention. This article provides an overview of the molecular mechanisms involved in fine-tuning cell wall physicochemical properties during the stress response of Saccharomyces cerevisiae and their implication in stress tolerance. The available information for non-conventional yeast species is also included. These non-Saccharomyces species have recently been on the focus of very active research to better explore or control their biotechnological potential envisaging the transition to a sustainable circular bioeconomy. 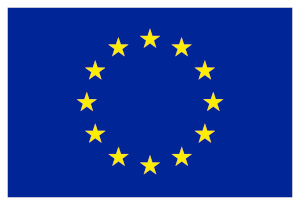